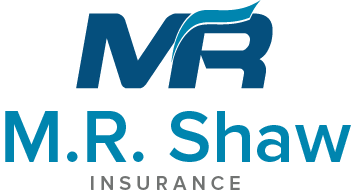 Proudly Providing Insurance to the Great City of Salem, MA

M.R. Shaw Insurance Agency has deep roots within the Salem community – we are a sister agency of Garrity Insurance!

Salem, Massachusetts is known as “Witch City”, but the history of this coastal town goes much deeper than the infamous witch trials of the 1600s. Salem was first settled by European settlers in 1626, founded 4 years before Boston and is the second oldest settlement in New England. It is also the second oldest city in MA, incorporated in 1836.

The early settlers of Salem were Puritans, who fled to Massachusetts for religious freedom. They established a strict religious community, as depicted in Nathaniel Hawthorne’s The Scarlett Letter which was written while Hawthorne lived in Salem in the 1840s, although it was set in nearby Boston. The Puritans are the religious sect that led the witch trials in the 1690s.

Salem played a significant role in the Revolutionary War, preventing British forces from stealing ammunition stores that were stored in the town. The town also became a center for privateering, with 800 vessels leaving the ports of Salem to fight and capture British ships. The town played a similar role in the War of 1812. Many of these privateering ships were then used for future trade with China, Africa, and other parts of the world.

Salem was incorporated in 1836, and its history of trade left the prosperous city with a variety of architecturally interesting mansions and homes. Trade declined in the 1900s, and manufacturing rose to prominence. Today Salem is a residential city with a strong tourist draw throughout the year, but especially in October. Salem sees over 1 million tourists each year, 250,000 of those on Halloween weekend.

Salem is a coastal city in Essex County, Massachusetts, located along the North Shore. It has 18.5 miles of shoreline, and 7 public beaches. Salem covers 18.1 square miles, half of which is water. It is in between Salem Harbor and Beverly Harbor.

Salem is divided into several neighborhoods, largely along the lines of its geographic features. Residents can access neighboring Beverly via the Kernwood Bridge or the Veteran’s Memorial Bridge. Access to Route 128 is gained by passing through Peabody. Salem also has a variety of MBTA bus routes and a commuter rail station. From May through October, a ferry runs from Salem to Boston for commuters.

The Salem Witch Trials are the most well-known and defining moments in Salem history. Occurring in 1692 and 1693, the accusations rose to the level of hysteria, with more than 200 accusations made, 20 people executed (14 women), and 5 more who died in prison, including an infant.

In the strict Puritan community, witchcraft was feared and became the scapegoat for many afflictions. In 1692, a group of young girls accused Tituba, Sarah Good, and Sarah Osborne of witchcraft. Tituba confessed, exacerbating the fear and hysteria sweeping through Salem, and triggering a witch hunt. More accusations were made and the jails quickly filled with accused witches kept in dungeons chained to walls. Those found guilty were hung. Some of the questioning also involved torture and the public crushing death of Giles Corey brought to a head the public opposition to these trials, which soon came to an end.

Salem “Witch City” Massachusetts is perhaps most defined by its witch trial history, but has much more to offer than that. From its days as an early settlement to its modern environmentally-friendly power plant, Salem is a timeless city with thriving businesses and welcoming neighborhoods.