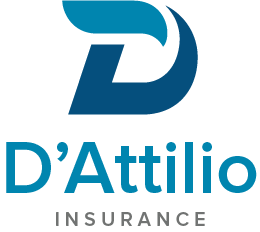 Proudly Providing Insurance to the Great Town of Dedham, MA

D'Attilio Insurance Agency has deep roots within the Dedham community – We are a sister agency of Garrity Insurance!

Dedham, Massachusetts is a town in Norfolk County, immediately southwest of Boston. Located along the Charles and Neponset Rivers, Dedham is home to the first man-made canal in North America. Known as Mother Brook, this canal was built in 1639 and links the two rivers, providing water power for mills. Dedham covers 10.6 square miles of land and has a population of approximately 25,000.

Dedham is neighbored by cities and towns including Boston, Needham, Westwood, and Canton. Residents have access to public transportation including several bus routes, and the commuter rail line of the MBTA. The train runs on the Franklin line to South Station, with stops at Dedham Corporate Center and Endicott.

Today, Dedham is primarily a residential town, with retail and service industries dominating the local economy. A new shopping mall, Legacy Place, opened in 2009 bringing over 80 stores and restaurants to the town, along with a 15-screen movie theater. Other recent developments in the town include the Jewish Rashi School, and the refurbishment and repurposing of several public schools in the town.

Dedham, Massachusetts is one of the oldest inland settlements of the Massachusetts Bay Colony, and was first settled in 1635. It was named for Dedham in Essex, England and incorporated as a town a year later.

Dedham is a town of firsts and notables, many of which date back to the 1600s. Some of these historic events include:

Throughout the history of Dedham, matters of the law have been settled in the courts and have been of considerable interest across Massachusetts, the nation, and around the world.

Dedham has had several major court cases play out in its courts:

Dedham, Massachusetts is primarily a residential town that has a rich history dating back to the earliest settlements of North America. Early founders kept records, many of which survived, creating a rich resource for historians. Modern day Dedhamites enjoy state of the art shopping and recreation, as well as the proximity to Boston, creating a flourishing suburb.