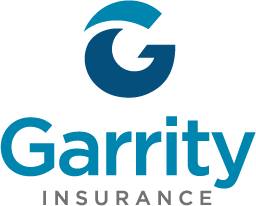 Proudly Providing Insurance to the Great City of Cambridge, MA

Garrity Insurance Agency has deep roots within the Cambridge community – check out some interesting facts about the historical city!

Cambridge, Massachusetts was first settled in 1630, and today is the 5th largest city in Massachusetts. Located directly across the Charles River from Boston, it covers 7.13 square miles with a population of 109,000.

The site for Cambridge was chosen because of its location relative to Boston Harbor, with early settlers feeling it would be easy to defend from attackers. It was incorporated in 1636 as Newtowne, with much of the early population living near what is now Harvard Square. Also in 1636, the New College was formed, which would later be renamed in honor of its benefactor John Harvard. Cambridge was renamed in 1638, honoring its commitment to education by taking its name from Cambridge, England.

The city began as an agricultural community, but quickly gave way to industry and residential areas as the population grew. Cambridge became a city in 1846, and remained a major industrial city through World War II. Today is it primarily known for its innovation and higher learning institutions.

Cambridge is divided into a number of squares, where businesses including small family-owned shops and large corporations are located. Some of the major squares are: Kendall Square, Central Square, Harvard Square, Porter Square, Inman Square, and Lechmere Square. Residential neighborhoods are adjacent to these squares. In addition to many bus routes, the MBTA operates the Red Line through Cambridge, with stops at Porter Square, Kendall Square, Harvard Square, and Central Square, and the terminus of the Green Line at Lechmere Station.

Industry has always been an important part of the economy of Cambridge. Throughout the 1800s, the largest employer in the city was the New England Glass Company, which was the most modern and largest glassworks in the world. Carter’s Ink Company, the Kennedy Biscuit Factory, and Necco were other major employers in the 1800s and 1900s.

Even as industry declined, innovation and technology started taking over. Today, Kendall Square where MIT is located is known as the “most innovate square mile on the planet”, with the university, start-ups, and other businesses all located here. Cambridge boasts a number of technology and healthcare-related companies including:

Through these and other companies, Cambridge is continuing its long tradition of contributing unique products and innovations to the world.

Beginning with the founding of Newe College in 1636, Cambridge, Massachusetts has been a world-renowned center for higher education. New College later became Harvard University, and together with MIT provides much of the employment in the city. Other institutions in Cambridge include:

Cambridge has had many U.S. Presidents and Nobel Prize Winners pass through its institutions, and the area has attracted professors, students, intellectuals, and innovators throughout its history. Much of the success Cambridge has enjoyed can be directly linked to the city’s commitment to learning and education. In addition to colleges and universities, the city has a strong public school system and several private schools to serve the children of the city and surrounding areas.

Cambridge, Massachusetts is an exciting city, full of unique ideas and innovations. From its earliest days, education was prioritized, and from this industry sprang forth. Today it is a blend of corporations, small businesses, schools, and residential neighborhoods. Cambridge has always attracted a wide range of people to its borders, with this diversity contributing to the dynamic feel of this Massachusetts city.